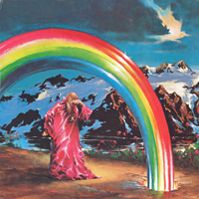 The one and only album from this band from USA.

The band was a duo with a lineup of bass, guitars, keyboards and vocals.

They had help from a sextet of guests who provided drums, percussion, bass, guitars and saxophone.

This band should not be confused with the other US band called Relayer who has so far released six albums. I have previously reviewed a couple of their albums.

This album is a strange one as the band could not really decide if they were an ELP like symphonic prog band or a southern rock band. Yes, your eyes is not deceiving you.

Although the band has not mixed these two genres, this album has healthy amount of both southern rock and ELP like symphonic prog.

It is a pity that the band only released this album as I would had liked to see what the band would have developed into.

This album is an oddity. This is also a decent to good album and a hidden gem.