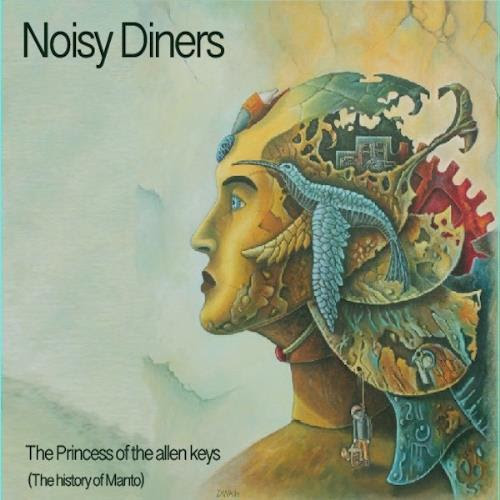 This band/project are eight members big and the lineup is drums, bass, guitars, chapman stick, keyboards, spoken narrations and vocals.

A handful of guests added saxophones, narrations and vocals. Both male and female vocals.

This project has members from various of the current crop of RPI bands. Which again proves that the progressive rock scene in Italy is in rude health.

The music here is a mix of neo-prog and symphonic prog.

The sound is more neo-prog with female and male vocals and a rather fresh sound. The organ sound takes us back to the 1970s and the RPI scene from those times. Genesis is also a very strong reference.

This is a concept album with narrations and it all. The album is fifty-five minutes long and there is not much wastage here.

The music is very good throughout this album.

This is an album which will please most RPI and neo-prog fans.