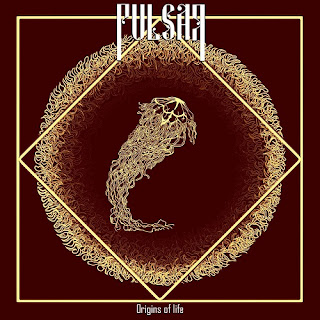 The band is a quartet with a lineup of drums, bass, guitars, keyboards and vocals.

This band is not the same as the French band of the same name and their music is very different from each other.

Pulsar from Italy has chosen to mix good old heavy metal/hard rock from the 1970s with progressive rock and psych rock.

Most of this three quarters of an hour long album is pretty hard rocking with a small, but still pretty distinct desert rock influence.

The keyboards has this organ and 1970s keyboard sound. The vocals are also in the same vein and the songs are pretty long.

There are also some Eastern Asia rock feel here.

The music is refreshing and good. The quality is here and the band knows what they are doing.

This is not a masterpiece, but this album is still well worth checking out.