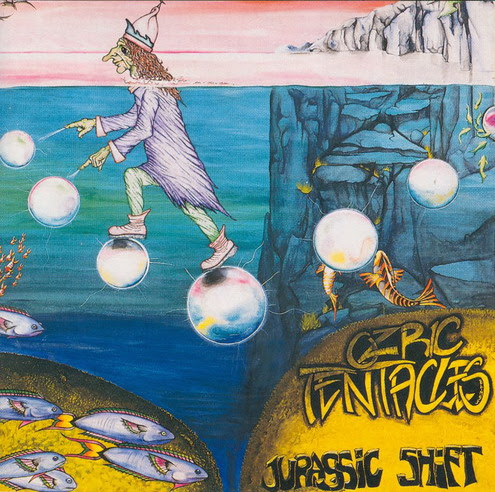 The ninth album from this band from England.

The band was a seven piece big band on this album with a lineup of percussion, drums, bass, guitars, keyboards, sampling, flute and programming.

Ozric Tentacles from the south-coast of England has provided the scene with their space and ambience rock for many decades.

Hawkwind has been a major inspiration throughout. But Ozric Tentacles has their own sound, music and scene. They got a lot of fans.

I am slowly but surely turning into becoming a follower of this band myself while I am trying to review all their albums. A pleasure more than a task.

This album gives us a lot of very good spaced melodies from the outer space. A lot of keyboards and guitars are driving the music forward on this fifty minutes long album.

This is so far one of the best Ozric Tentacles albums I have heard. It is indeed a very good album.