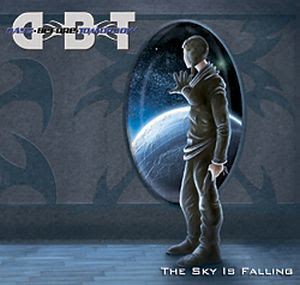 The one and only album from this US band.

The band was a quintet with a lineup of drums, bass, guitars and vocals.

Two guest musicians helped out on keyboards and piano.

This album has been listed as a neo-prog album in ProgArchives and other places. So I went for it.

I am not so sure about this neo-prog label on this album, though.

Take some Marillion and add some AOR, pop and hard rock. Neo-prog ? Hmmm.... not that much.

The sound and the vocals are really good.

The music is too much based on a pop and AOR formula to really make this album particular proggy. There are some good details in a few places. The songs are not really up to scratch and the vocal harmonies reminds me too much of boybands and pop bands.

I am no fan of pop and boybands.

The production is slick and ditto for the vocals.

The quality is missing in large parts of this album and the album never really rises above a decent level. Hence my sparse use of points here.