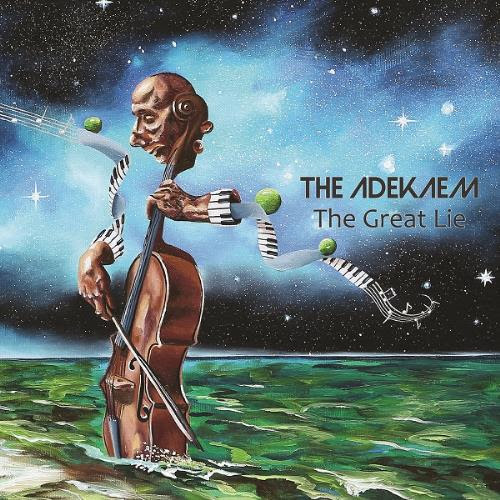 The fourth album from this band from Poland.

The band is a duo with a lineup of guitars, keyboards, synths and vocals.

They got help from some other musicians who provided drums, bass, flute and vocals.

I really liked their 2017 album Sound Coloring. That album was my only exposure to this band before this year's album.

The Great Lie is a seventy-six minutes long album.

The music is also very complex, heavy and with quite a substantial avant-garde and eclectic take on symphonic prog and neo-prog.

There is a lot of instrumental music on this album and that music is Wagner'esque. The more normal songs are no easy listening either. Or poppy.

There is a lot of Wagner'esque music on this album. It is also pretty melodic at times. But this album is not for those who are looking for easy listening neo-prog.

The music is also good throughout.

The band has pushed their music into an unfamiliar territory and has survived the journey.