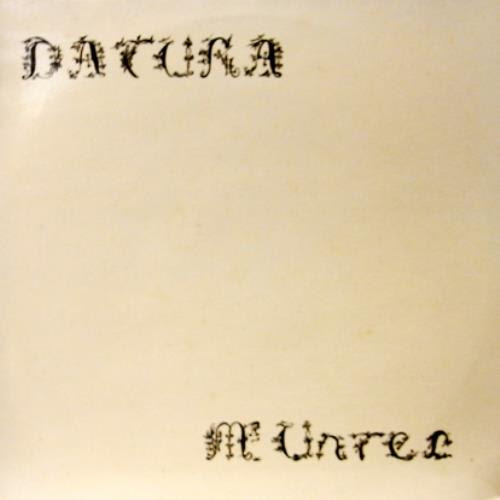 The one and only album from this French band.

The band was a quintet with a lineup of drums, percussion, bass, guitars, keyboards and French vocals.

This band arrived, released this as a self-released album and then disappeared again.

The French symphonic prog and neo-prog scene is pretty different from most other scenes. The emphasis is on the theatrical and the more folk rock like Jaques Brel.

When it comes to Datura and their fifty minutes long album, the likes of Atoll and indeed Ange springs to mind.

There is also some Genesis here.

Datura is very much a French band and the vocals is good.

There is some simple pop music who sullies the good impression most of the album creates.

The quality is therefore somewhere between decent and good.

Collectors of French progressive rock should check out this album.