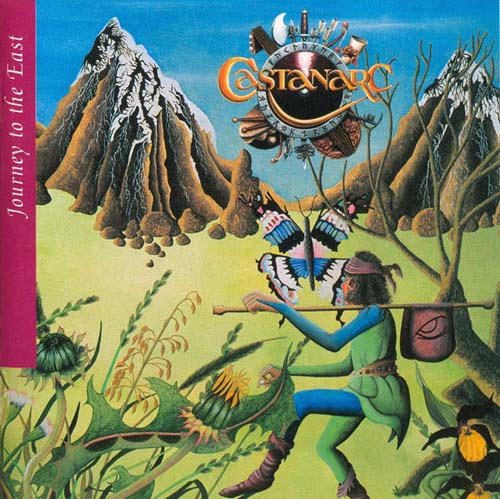 The debut album from this UK band.

The band was a quintet with a lineup of drums, percussion, bass, guitars, keyboards and vocals.

This band has just released their new album and I will review that later this fall.

I also got this album and I have reviewed their second album Rude Politics some years ago. That album was a turkey and a horrible album. Journey To The East is regarded as a mini-classic album though....

We are in the middle of the British neo-prog scene here. The band is one of the unknown neo-prog bands and really never made it.

This album contains almost forty minutes with neo-prog in the same vein as Pendragon, Jadis and Pallas.

There is a lot of keyboards on this album and not so much guitars. The vocals are rather good.

The sound is rather thin and this album is a typical 1980s neo-prog album.

The music is decent enough without really being good.

Neo-prog fans need to check out this album and this band.