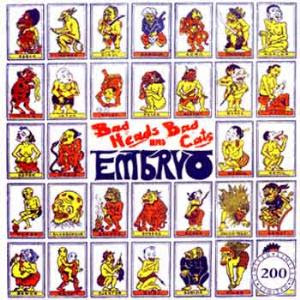 The eight album from this German band.

Embryo was more or less an idea and not a band. The band leader changed band members on the basis of what he wanted to achieve this time.

This time, it is a mix of jazz and space rock he wanted to do.

Yes, this is a typical krautrock album with a lot of weirdo stuff and sounds.

There is a lot of jazzy run outs here and some weirdo vocal tracks.... songs, in other words.