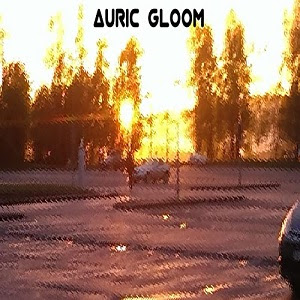 The debut album from this Norwegian band.

The band was a seven piece big band on this album with a lineup of drums, bass, guitars, keyboards and female vocals.

This band is new to me. The band is from Trondheim, a town/city in Norway (the third largest city in Norway) full of progressive rock bands.

I am therefore not surprised that another progressive rock band from Trondheim has released a self-released album.

The music is a mix of neo-prog, a bit ambience and a bit dream pop.

The band has female vocals too and a lot of guitars and piano.

The music is at times very pastoral and a bit ambient. It is a floating around in the room kind of music.

This fifty minutes long album has both a lot of interesting detail and also a lot of space where the tones is just breathing.

Auric Gloom is a great addition to the Norwegian scene and this album will surprise a lot of people.

This is a good album and the band can only get better from here.