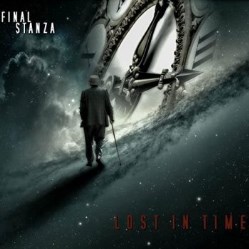 This is another Italian band with their debut album.

This is also another Italian band who plays progressive rock who does not sound like the good old classic RPI - Rock Progressive Italiano - from the 1970s and these days.

Their brand of progressive rock is rather generic and is following the formula.

The vocals are rather good and the guitars are also good.

It may be a good idea to check out this album if everything above sounds your kind of progressive rock.