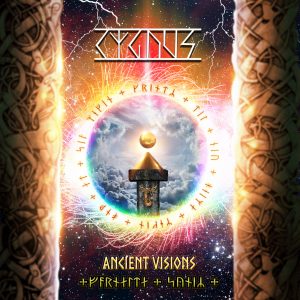 The third album from this band from Colombia.

The band is a trio with a lineup of guitars, drums, bass, keyboards and vocals.

The band had help from a flute player and an orchestra.

I have never heard about this band before someone gave me a copy of this album to review.

I was told this is progressive rock.

This is commercial viking metal where the musicians are sometimes helped out by some strings.... classical orchestra strings.

The viking metal is very melodic and sugar sweet. The Corrs meets.... well, I almost wrote Enslaved here but Enslaved are far too extreme and classy to be compared to the music on this album.

The music is melodic, commercial and true to the viking metal formula. Most of the music is too sugar sweet and invokes memories of being sick in a bathroom.

It is a turkey of an album unless viking metal is your thing. Even viking metal fans will have problems with this album, is my guess.